As we set about constructing xProfile, our data analysis and business intelligence tool for direct marketing, we went through the process of examining many existing tools that we could integrate into our back end. In previous articles in this series, we described working with a number of data integration tools for pulling in Big Data sets for the purpose of analysis. In this article we will examine machine learning platforms.

Machine learning is a core component of our Artificial Intelligence based audience segmentation solution, WyzPredict. WyzPredict is designed to predict who will be inspired by a particular direct mail package and who will reject it. We examined several tools that could assist us deliver these predictions with the goal of integration into our end product.

What Criteria we Chose

While the tools we examined have a wide range of features, from our perspective in creating WyzPredict, we focused on a few criteria that were specific to our needs. We needed to know how easily it would run on our infrastructure, which is a combination of AWS and Hetzner (which we leveraged because they provide inexpensive Graphics Processing Unit power). Since we process billions of consumer characteristics, computing power was one of the main considerations. It was important to us whether the product actually used GPU acceleration.

It was important to us that we could embed the functionality, including licensing it for use within our proprietary application.

We examined whether the product had the ability to automatically identify or calculate various “features” without intervention. Features are the unique characteristics that Artificial Intelligence uses to identify patterns and predict a result.

For our executive audience, we wanted to know if it could recognize patterns and “explain” what patterns were the most important in impacting the outcome, such as holidays as a factor for when someone responds to a campaign.

We evaluated the leaderboard, to determine whether it was possible to select and deploy models based on various advantages or disadvantages. We also looked over what sort of Business Intelligence features it had included, such as graphics showing patterns, both for data analysis and reporting purposes.

In this piece we will be examining two of the most popular tools side by side. These are:

Driverless provides a generous 21 day free trial. They also provide a free sandbox where you can upload your data and practice creating a few models to get a feel for how the product works (data is kept live for 24 hours). This enabled us to spend some time with the product to identify its strengths and weaknesses prior to making any decision.

Driverless does not provide any form of licensing which would enable us to include the product in other applications. The licensing model is based on a single subscription for each user. However, H2O, the creator of Driverless AI, provides a set of open source libraries which could be used.

One of the stronger features of Driverless AI was its ability to run algorithms through a Graphics Processing Unit (GPU). This enabled us to train models quickly at a fraction of the time it would have taken otherwise. To put this into context, models could be run within approximately 3 to 4 hours, in contrast to several days, as was the case with DataRobot.

As a result, Driverless is one of the fastest ML tools on the market.

While it is not an open source project itself, H2O Driverless AI makes use of a large number of open source libraries. They have also developed several of their own, which proved to be effective.

Runs on our infrastructure

Driverless was uniquely suited to running on our infrastructure. As mentioned earlier, we use AWS but also integrate this with Hetzner which provides inexpensive GPU processing. The AWS hosting allows running on any kind of instance, and Driverless AI was able to be smoothly integrated into our systems.

The level of sophistication of the AI within Driverless was impressive, and it showed the ability to generate features based on patterns within our data. The process in Driverless is automatic; it can “understand” the data it is provided.

Ability to select and deploy model

One of the features we sought was the ability to use the leaderboard to be able to choose various different models based on different types of criteria. Unfortunately, Driverless’ dashboard isn’t designed for identifying whether a model was, for example, faster or more accurate; scores were rated by overall effectiveness. While we might be able to dig in and find this data, there was no easy way to simply select the model to deploy it.

To choose a model for deployment, we needed to identify it, make a note of which one it was, and then separately choose to deploy it by downloading the files and then installing them, making the process a bit cumbersome.

Below is a screenshot of a Driverless leaderboard. 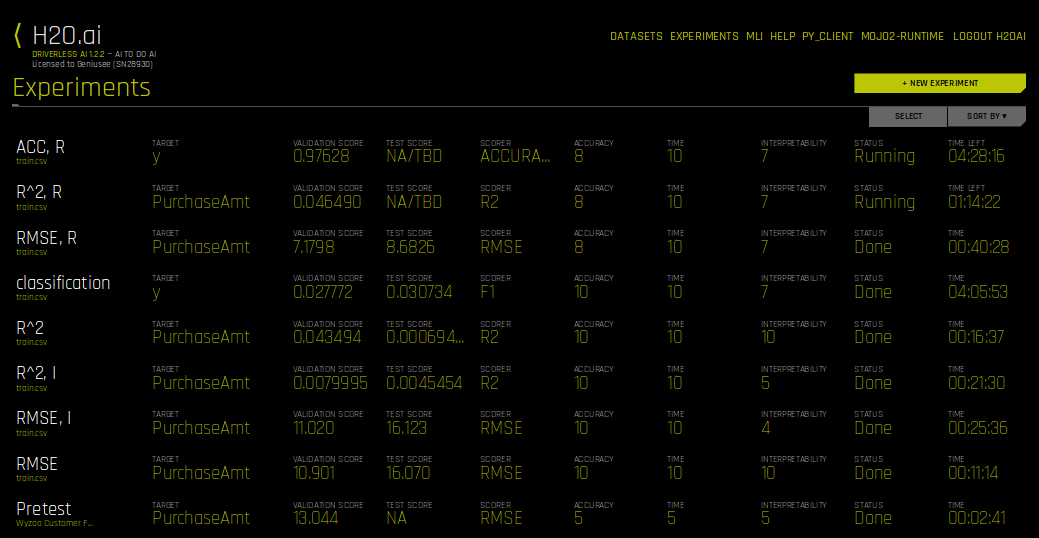 As being able to visualize data is key to understanding, good business intelligence tools are a nice feature in Driverless AI. It includes a few charts and graphics to help gain an understanding of your data, both pre-and post-processing.

Here’s a report of various variables in a file, including clear indicators as to their importance in a model.

H2O Driverless AI showed the ability to work with Big Datasets Driverless makes use of “Sparkling Water,” an H2O product which is a modification of Apache Spark, designed for scaling Big Data with Driverless’ ML learning algorithms.

Driverless provides detailed data reports regarding the quality of data. We can get a view of the data shape, any outliers, or missing values that may be present in our sources.

For instance, we can see a clear report of the distribution of data, below:

Often in a model we may be missing data. The following report makes it very clear where there are common patterns of data that may be absent, which is highly common in direct marketing data. This report can be helpful for visualizing what potentially valuable information may be missing from a model. 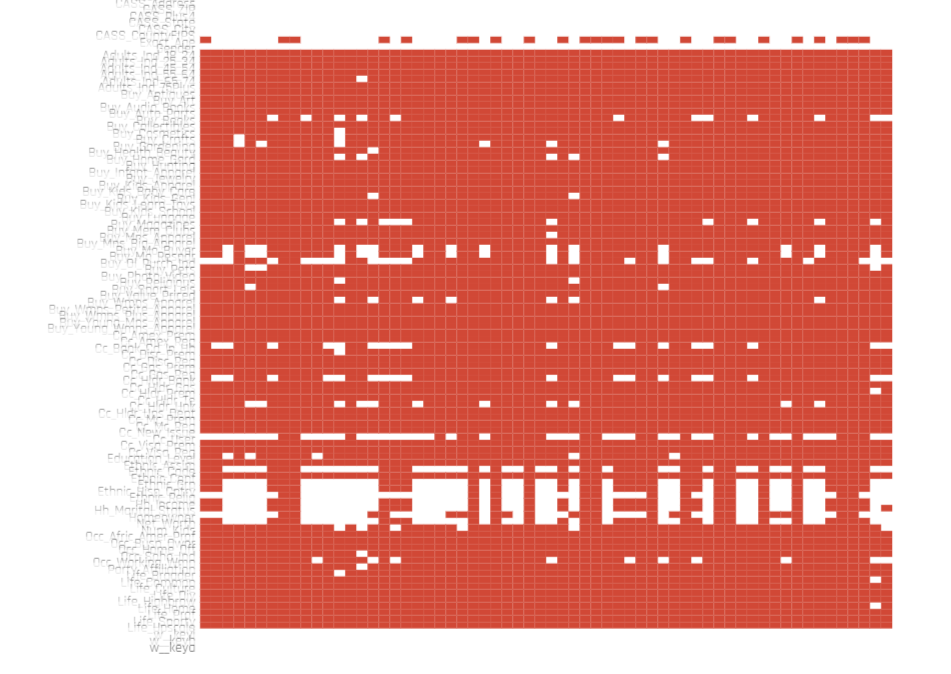 In many cases, we are working with data that will contain vast numbers of columns or keys. In market research, we ideally want information not just about who a user is (gender, address, email, etc) but also information about preferences and more. We may also be combining information about user income, shopping history, website browsing history, political leaning and more, all of which may be helpful in drawing out a clear picture of our typical customers.

As a result, datasets can stretch out from tens, to hundreds or more data points. We found the Driverless AI was able to handle data from large numbers of columns, largely through the power of being able to use the GPU for fast processing.

DataRobot does not have an easy method for setting up a free trial from their website. It was possible, however this required that we contact them directly to set up a trial.

One major drawback for DataRobot was its inability to be licensed for embedded use. They have an explicit policy regarding usage and their payment model was per user, which could become difficult to manage within our application. To use DataRobot, it would require using their brand and purchasing individual licenses for each instance.

The speed of DataRobot was not impressive. As their demo does not use GPU acceleration, running models uses a considerably larger number of resources, and to be able to run tests could take several days, as compared to the several hours for Driverless.

DataRobot does integrate a large number of Open Source libraries (including those created by H2O), so many models are available.

Can run on system

It was possible to run DataRobot on our servers (on AWS specifically, since without the GPU acceleration, Hetzner became irrelevant).

While DataRobot provided some basic feature generation (such as identification of missing values), it was unable to provide the same level of automation as Driverless.

Below is a workflow of how it detects, calculates and populates missing values within some keys. 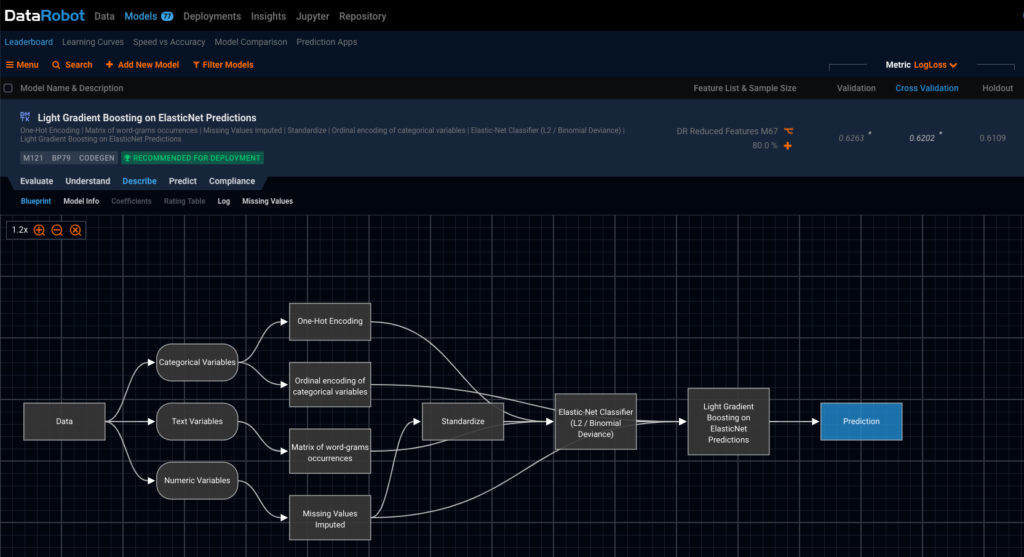 One of the biggest strengths of DataRobot is its easy-to-use leaderboard. We were able to identify upon a glance which models are the most accurate, or which ones ran the fastest. We were also able to select the desired model from the leaderboard and deploy it with a click.

DataRobot provides some excellent Business Intelligence tools. For instance, below is a simple feature impact chart, showing which elements in our models would have the greatest toward identifying and predicting customer behavior.

Unfortunately, DataRobot has some serious trouble handling Big Data. Due to its built-in processing limits and the fact that the Open Source libraries it is built on don’t have this capability, it struggles heavily for any dataset of any size.

The result is that we would be forced to work with subsets or samples of our data, which in many cases can provide useful information, may miss out on some important trends, and also increase the likelihood of data leakage.

DataRobot does make it easy to gain some solid information about the quality of the data you provide it. It provides some good basic reports which will help a business user to gain an understanding of the data.

For instance, the following report helps identify which fields may provide data leakage due to false positives in the data:

Like Driverless, DataRobot can handle data from datasets that carry a large number of keys.

Overall, both companies provide a mature and high-quality product. Both Driverless AI and DataRobot have experienced and competent staff. One major difference lies in the philosophy of the two tools. Driverless AI provides their tools as open for academic sites, and they can sometimes be made available at no cost to educational and non-profit institutions. Many free courses are available on their site. They release major parts of their source code as open source to be usable by other products (in fact, DataRobot uses some of their libraries).

In contrast, DataRobot is a well financed industry leader with an early mover advantage. They provide a high-quality product, and the usability they provide is excellent.

After testing both of these products, due to an edge in model performance which we attribute to better feature engineering, and largely due to its ability to use GPU processing, Xperra is recommending Driverless AI to our clients.

How We Chose a Tool for Data Ingestion 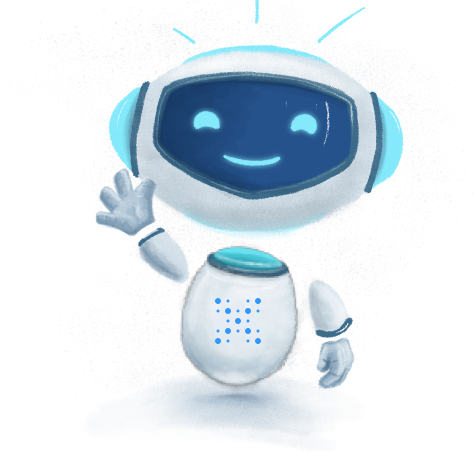 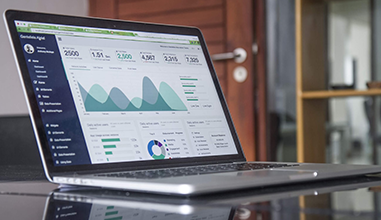 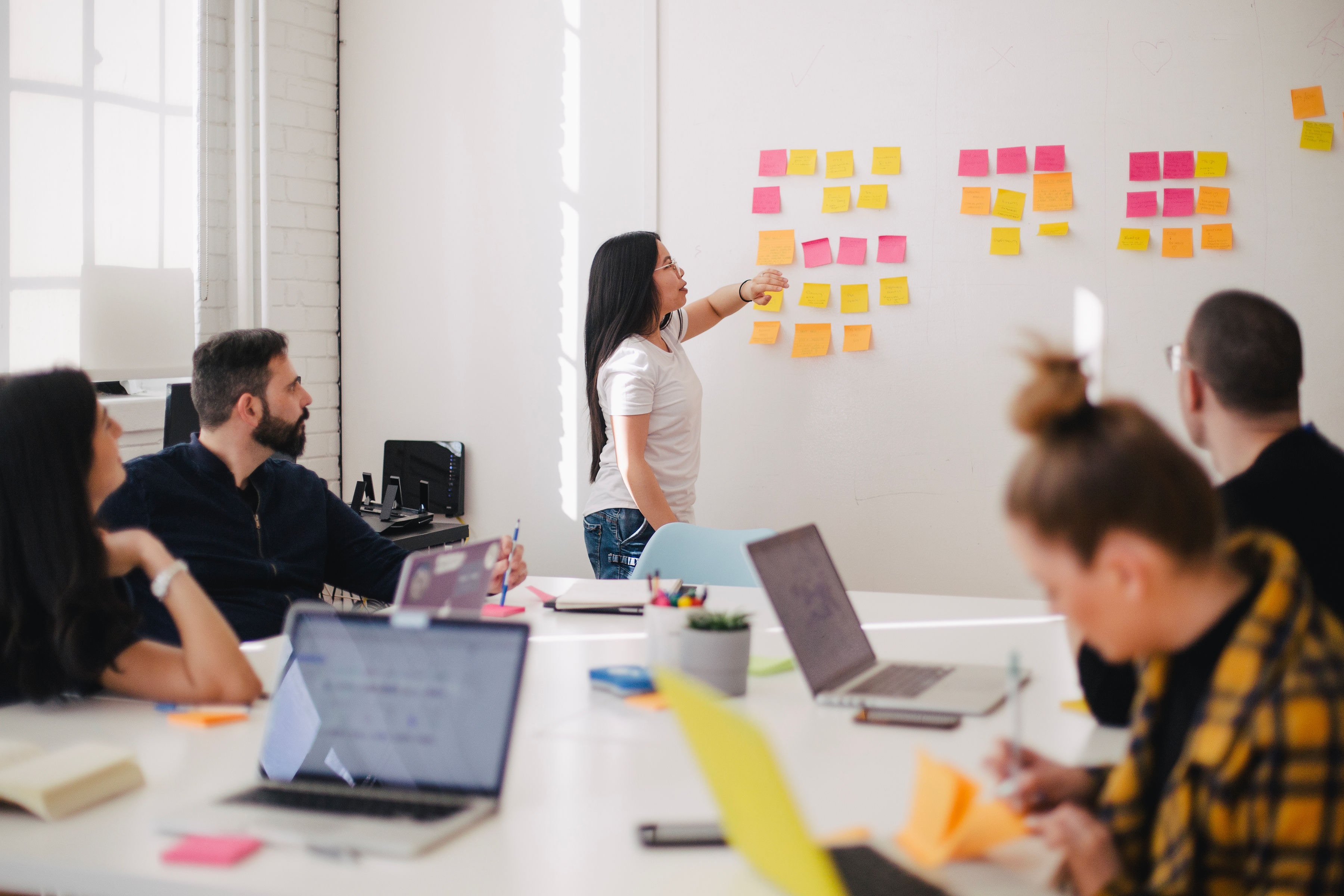